Originally from Australia, Richard Filby is a professional juggler who’s  incredible comedy street show has made him now a well loved regular at Covent Garden, the home of street performing!

The audience always loves his shows as he makes them on the edge of their seats with his impressive dangerous knife juggling on layers of rola bola!

If you are looking to hire a juggler and street entertainment extraordinaire then look no further! 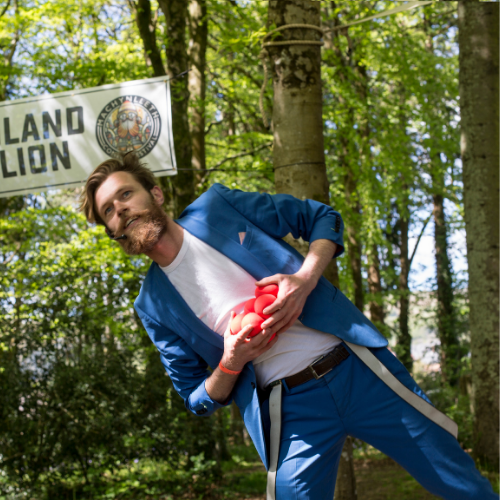 Filby recently performed at Brighton Fringe Festival.  Here’s what Sara Darling from The Bespoke Black Book had to say.

Is juggling with knives still a thing? Is juggling with five balls whilst completing a Rubik’s Cube? It doesn’t really matter when you are mesmerised by Australian cabaret supremo, Richard Filby, who contorts, balances and juggles inanimate objects whilst keeping the audience on tenterhooks.

Even though the props might be a tad predictable – cigar boxes pretending to be bricks, Filby conducted his Spectacule set at Brighton Fringe, as enthusiastically as his first time, and he seemed as surprised as the audience when he didn’t drop anything! Even though he appears like a cheeky, cocky Aussie, he is uber meticulous (honed from years busking as a street performer in London and Aus) and along with his great rapport with the audience, makes his daredevil antics seem even more exciting and challenging- keeping you on tenterhooks as to whether he will be able to do it or not. And if you’ve never seen someone juggling, chatting and removing a jacket, it’s impressive! 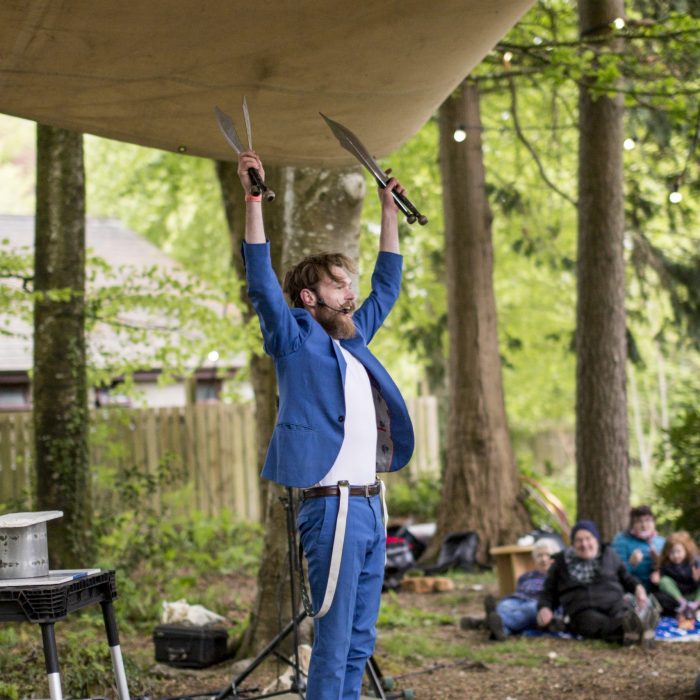 Juggling in itself might not seem that fantastical, but the typical big-top acts that Filby presents with self-professing awe, really work with an intimate audience. We were invited to chuck the “bricks” at him, and one lucky girl got to throw him the daggers whilst he was precariously balanced atop a table (on stage natch) further raised on a homemade wobble board. Thank goodness it was just bricks and daggers, and not rotten tomatoes. For a daredevil stand up with a confident, likeable charm and legs of steel- you could definitely take home to meet your mum!

PrevPreviousTop tips for choosing the right entertainment for your event!
NextLockdown talks with Groovy GuyNext